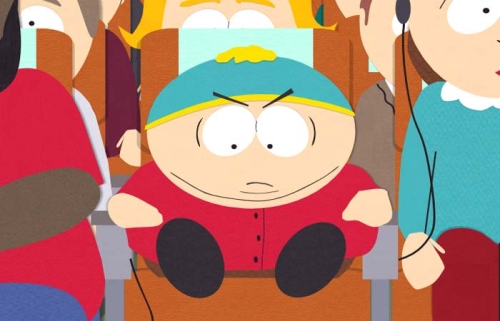 South Park versus Family Guy: Which is greater?  A surprising number of Americans will answer Family Guy, but then a surprising number of Americans also believe Family Guy to be funny.  I have a hard time explaining to Penang Boy why so many members of my country think a cut away of a character in a random location saying a line which contains no relevance to the story is suppose to be hilarious.  I can respect the creators of South Park however, for managing to maintain a well written and hilarious storyline while examining and critiquing racism, sexism, homophobia, religious violence, environmentalism, xenophobia, and more. And most of it is done through a certain cute foul-mouthed fourth grader.

Let’s engage in a little hypothetical game shall we? If Eric Cartman and Stewie Griffin were given ample time to prepare for a battle against each other, who will emerge victorious? I give Stewie his due for technological advantage and various accounts of murder, but I still believe Cartman to be evil incarnate, and therefore the crowned winner. Unconvinced? Read on…

10. He will pretend to have Tourette’s syndrome so he can shout offensive remarks about your religion and race on national television.

9. He will use your death to legalize stem cells and use stolen aborted fetuses to make his favorite resturant.

8. He will inherit a theme park and go on TV to ban you from coming as you get a hemorrhoid and lose your faith in God.

Episode: Cartmanland
Cartman [In TV Commercial]: Wow! It’s the greatest amusement park in the Colorado area, and nobody can go! Especially Stan and Kyle! Hahaha! So come on down to Cartmanland now, but don’t plan on getting past the parking lot, ’cause remember:
[singing] So much to do at Cartmanland, but you can’t come!… especially you Stan and Kyle.

7. He will drink your soul.

Episode: A Ladder to Heaven
Cartman: Alright, look. I didn’t wanna have to say this, but I think maybe we’re not seeing Heaven because one of us doesn’t believe in it enough…You know…one of us is a J-O-O.

6. He will trick you into thinking a meteor has hit the Earth and lock you in a refrigerator so he can steal your vacation. 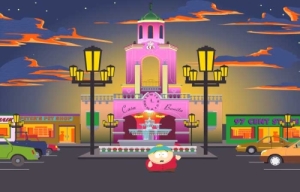 Episode: Casa Bonita
Police Officer: Well kid, you made an entire town panic, you lost all your friends, and now you’re going to Juvenile Hall for a week! Huh, was it worth it?
Cartman: Totally.

5. He will incite a second Civil War and lead the South to victory in order to make you his slave.

Episode: The Red Badge of Gayness
Cartman’s Letter: I will not rest until the South have won, and Stan and Kyle are my slaves, because I hate those guys. I hate those guys with every part of my tired Confederate body.

4. He will expose your insecurities and drive you so insane you eat your own excrement.

Nanny Stella: It just…didn’t happen
Cartman: You’re sterile is that it? No that’s too convenient of an excuse, the truth is nobody ever wanted to have babies with you isn’t that it? Always the mom’s maid and never the mom, must be hard on you, knowing that the years are ticking away, your friends all getting married and all the while your uterus slowly shriveling away, drying up, becoming totally worthless.

3. He will inject HIV into your mouth while you sleep.

Episode: Tonsil Trouble
Butters: I know, but are you sure Kyle has to be taught a lesson?
Cartman: I’m not just sure, Butters.  I’m H.I.V. Positive.

2. He will attempt to mass exterminate your race. 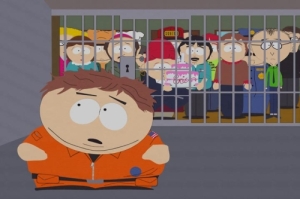 Episodes: The Passion of the Jew, Ginger Kids, Die Hippie, Die,
Cartman: We’ve all seen them, on the playground, at the store, walking in the streets. They creep us out, and make us feel sick to our stomachs. I am talking of course about ginger kids.

1. He will grind your parents into chili and feed them to you.

Remember, most of the victims of Cartman’s deeds listed here were his friends.

Interviewer: What do you appreciate most about your friends?

Cartman: I don’t really appreciate my friends. If you knew my friends you would know why. My friends are all kinda airholes. Ah. Umm. But. No. My friends all suck air. I don’t like them.